The 44th Rallye Islas Canarias, qualifying for the European Rally Championship, has turned out to be one of the most complicated of the whole season. A test already by is hard and to which the adverse climatology added a plus of difficulty. And it is that during the two days disputed, the intermittent showers brought head to head to all the drivers. The choice of tyres became critical and difficult to solve as the four-leg loops forced to always seek a compromise solution.

The Suzuki team was hampered by an incorrect choice on the first stage of the race, a mistake that dragged on throughout the rally. In the second stage, both Joan/Jordi and Javier/Adrián recovered positions until they were behind the most competitive R5s. The points achieved by both crews allowed Suzuki to finish the Championship in third place. Javier was also fifth in the riders’ section and Joan seventh. 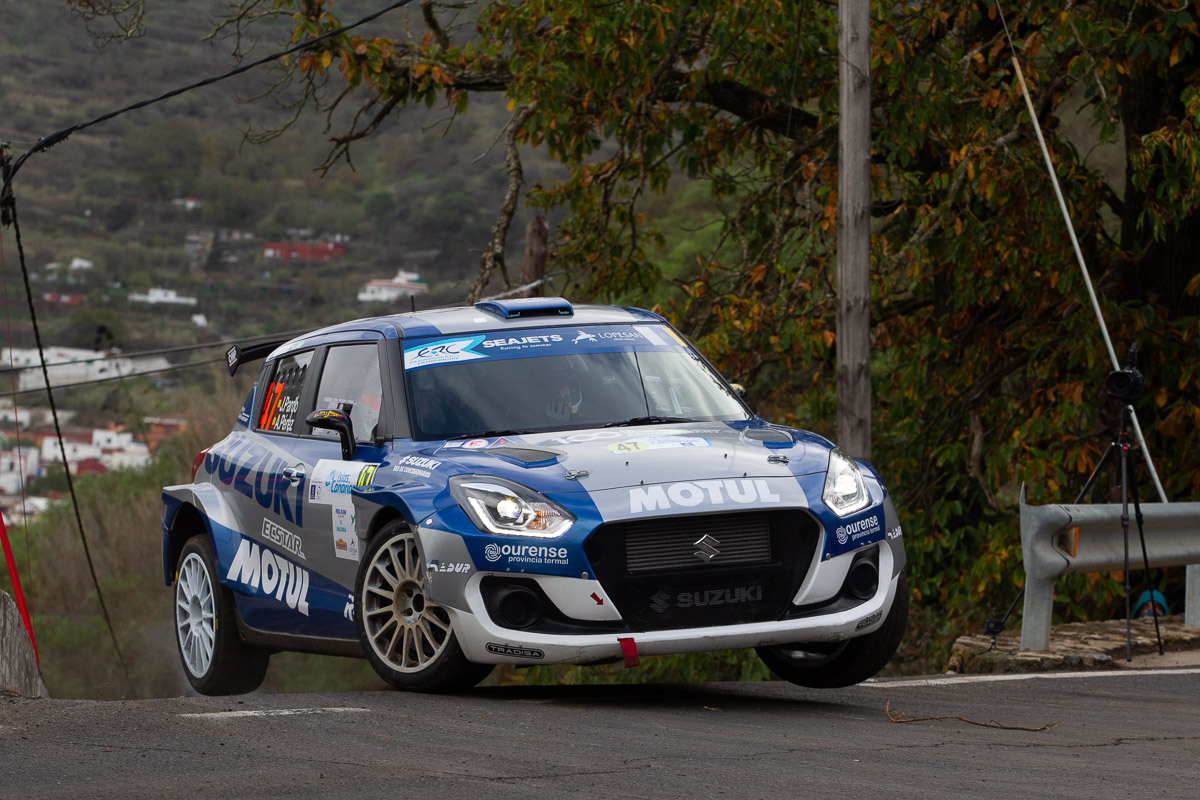 For Juan López Frade “With the final party of the Madrid Rally coming up, we have finished a very strange season in which, despite the bad omens of spring, all the actors in the Championship have managed to move forward with effort and imagination, thanks to all of them. And thanks also to Joan, Javier, Jordi and Adrián and all the team for this short but intense year, for giving us great satisfaction and for showing that the Suzuki Swift R4LLY S is a fast and reliable car, without a doubt the best option to compete in the ERC2”.

Madrid was a party