La Nucía rally proved to be a complicated one from the very first stages of the race as several storms complicated the choice of tyres on Saturday morning’s sections. With some specials that skidded a lot and before a very high registration in number and quality, the Suzuki Team drivers opted for a conservative strategy in their first wet rally with the Suzuki Swift R4LLY S.

Joan and Jordi were very motivated after their absence from the Rally Princesa, placing themselves behind the first R5 in seventh place. Javier and Adrián were more cautious when trying to adapt to the car. Both soon found in Luis Vilariño and Alberto Monarri two natural rivals with whom to fight. The morning was a give-and-take between them, to reach the end of the fourth section with Vinyes in seventh place, 7.4 behind Vilariño, while Javier was eighth, 13.9 ahead of Monarri.

In the afternoon, with the roads already dry, Joan and Jordi managed to overtake Vilariño in sixth place, 5.7 seconds ahead, while Javier and Adrián were eighth at 5 seconds. On the next section, Vilariño cut the gap, but the Suzuki drivers kept their positions, although Vilariño managed to overtake Joan on the seventh section by 3 tenths, while Javier was threatened by a Nil Solans, who recovered his position after suffering a puncture in the early stages of the race. 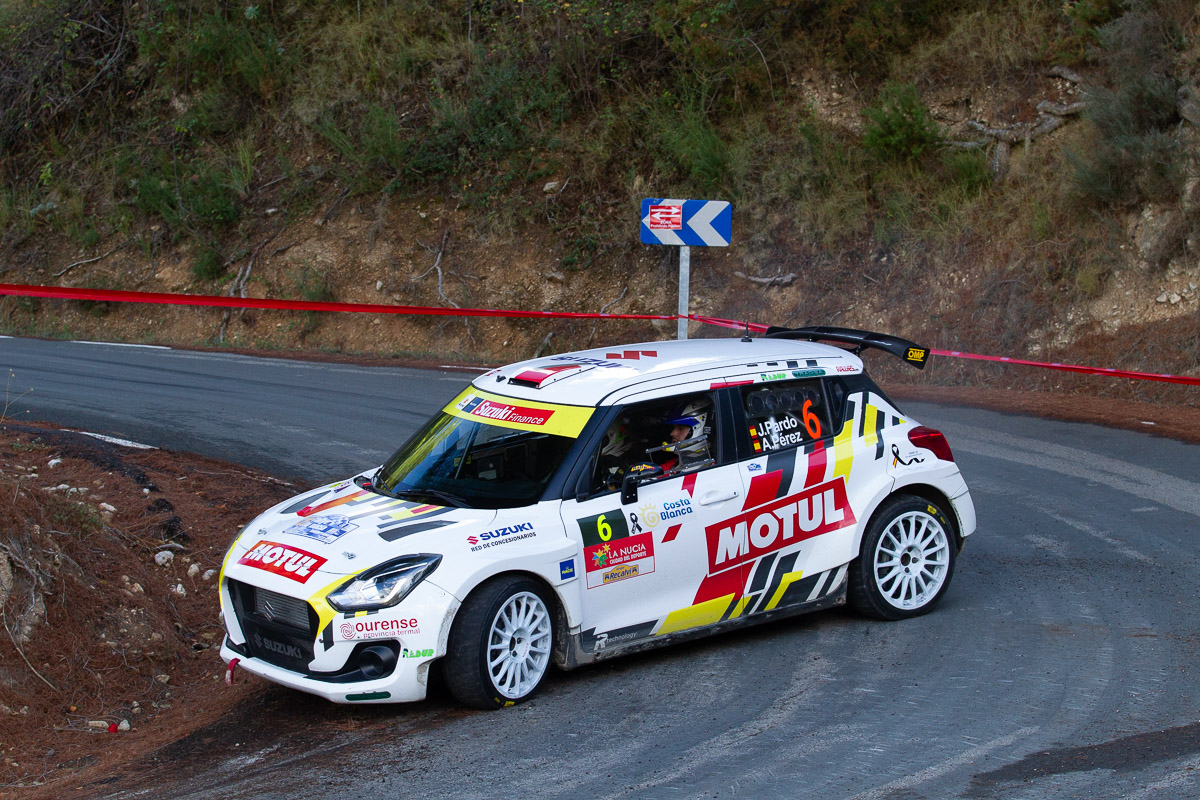 There was one more stretch to go and the two Suzuki crews were going all out, ready to regain sixth place in Joan’s case and keep theirs in Javier’s. But the cancellation of the section left us all with the uncertainty of knowing what would have happened.

For Juan López Frade the assessment was clear: “In this strange season, we are leaving La Nucía happy. The cars have completed a new rally without the slightest problem and the drivers are delighted with the performance of the rally in both dry and wet conditions. Now it’s time to think about the next one, the Rally Islas Canarias”.