After the postponement of the Rally Azores, the Suzuki team entered the Rally Terras D’Aboboreira, the first round of the Portuguese Rally Championship, with the aim of testing on gravel ahead of the start of the ERC in Rally Poland.

The proximity of the WRC Rally of Portugal meant that the usual Portuguese Championship drivers were joined by several World Championship drivers who were preparing for the Portuguese event with the World Championship. This made the entry list stand out both for the quality and quantity of drivers at the controls of Rally 2 cars. With these premises, the team was looking to get as high as possible, without setting a goal other than to prepare Poland.

In the first stage, made up of a two-pass section, Javier Pardo and Adrián Pérez were the fastest of the team, finishing the day in 14th position, ahead of several R5s. Joan Vinyes and Jordi Mercader were 17th. 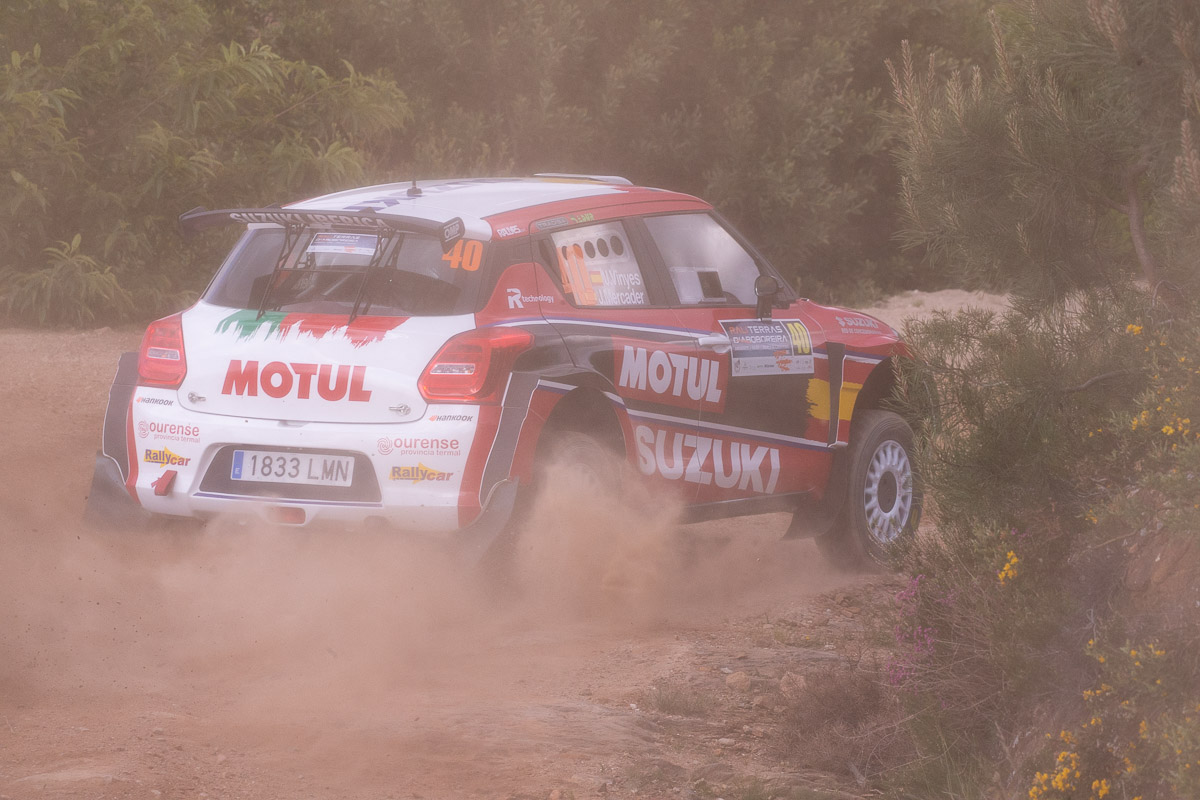 Bad luck struck the team on Saturday morning as in the third stage, a double puncture left Joan and Jordi out of the race. Javier and Adrián kept their position, while the neutralisation of section 4, the longest of the race, did not count for them, keeping their position after section 5.

It was in the sixth where the team suffered the abandonment of the other car, as a blow to the rear of the car prevented them from continuing.

For Juan López Frade, “We all know that rallies can give you many joys and some disappointments, today we had the latter. But we have to look at the positive side, we have seen the good pace of cars and drivers on gravel and we have drawn a lot of conclusions for the Rally Poland”.