Team Suzuki once again took part in an ERC2 event, the Hungarian Rally, and once again scored a new victory in the category, the fifth of the season, in the hands of Javier Pardo and Adrián Pérez. The team travelled to Nyiregyhaza to discover a new ERC rally, this time it was a somewhat peculiar asphalt rally, with very fast sections in which the average speed was over 120 km/h and where the autumn leaves were the protagonists.

After a show race on Friday, the main part of the rally took place on Saturday and Sunday. Joan Vinyes and Jordi Mercader were leading the standings on Friday, but on Saturday it was Javier and Adrián who took the lead, proving once again that the Team Suzuki drivers are setting the pace in the championship. But a puncture in the third stage meant that Javier dropped to fifth place, with Joan once again taking the lead. 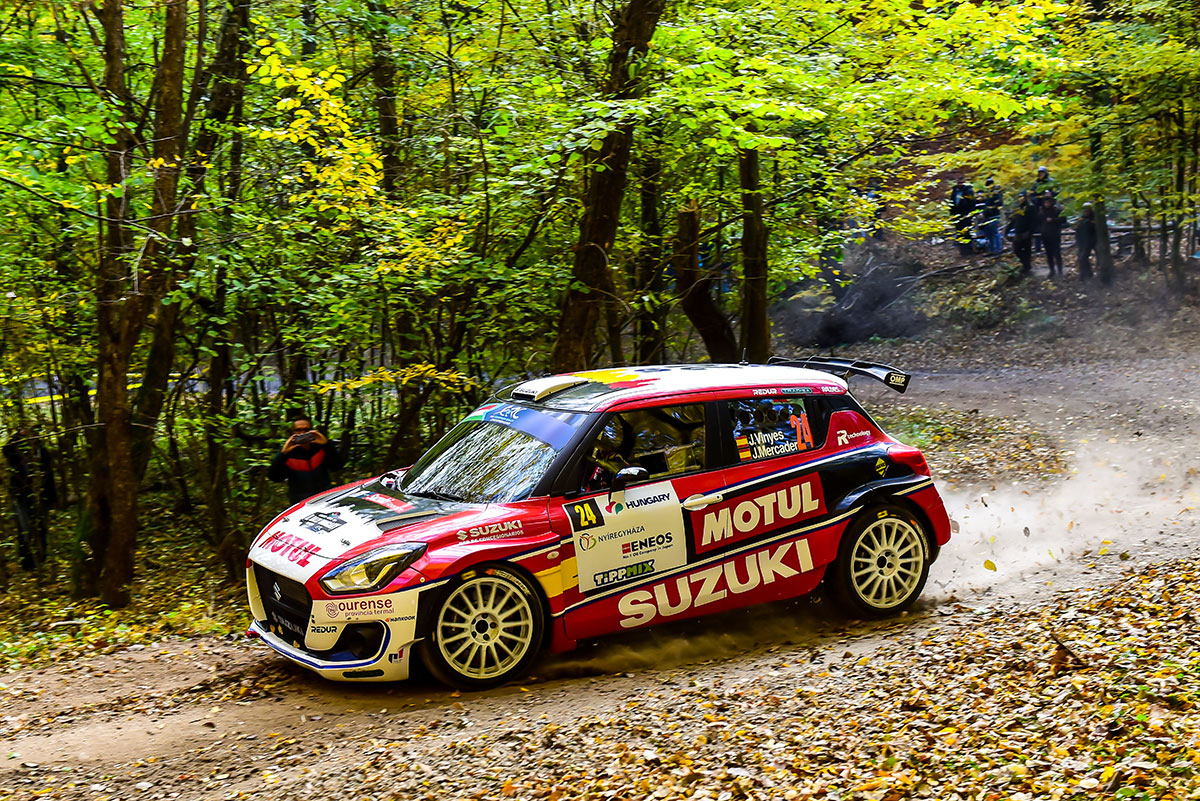 Javier tried to recover positions, he was the fastest in the next one and the abandonment of Tibor Erdi due to a breakdown, put him in fourth place. In the next stage, he won again and was already second behind Vinyes. But in the sixth stage the events were precipitated, Vinyes suffered an exit of road that led him to the abandonment. Pardo finished the day again leading the ERC2 with a comfortable advantage over Dmitry Feofanov’s Suzuki Swift R4.

With this the objective in the second stage was not to take any risks with the Championship points in mind, despite this Javier and Adrián scored six of the seven scratches to take a new victory that leaves the title pending in the Canary Islands.

For Juan Lopez Frade “We arrived in Hungary looking forward to race here, as Suzuki has its European factory in this country and here we have shown again that Suzuki cars are the cars to beat. It’s a pity about Joan’s crash, but racing is like that and you always have to reckon with that. On the other hand Javier takes another step towards the title that we hope to be able to celebrate with the Canarian fans in 15 days”.