Good debut of the Suzuki Swift R4LLY S on tarmac

After making their debut in Fafe’s land within the Portuguese Championship, the Suzuki Swift R4LLY S had to wait until the summer to be able to ride on the asphalt. In this occasion inside the Championship of Spain of Rallyes and in the inaugural test of an atypical season 2020, 53 Rallye de Ourense.

The objective of the Team Suzuki was to know the reactions in competition on the asphalt, looking for its natural place after the R5 pointers. A goal that was met with the sixth final place for Javier Pardo and Adrian Perez, while his colleagues Joan Vinyes and Jordi Mercader finished in thirteenth place after suffering a puncture.

The Suzuki Swift R4LLY S showed great reliability, without suffering the slightest problem in a rally as hard as the one in Ourense marked by the strong heat during the whole weekend.

Javier and Adrián, placed fifth at the beginning of the race fighting against Iago Caamaño’s R5 and his teammate’s R4LLY S. The driver from Ourense started with a lot of enthusiasm, willing to do well in front of his fellow countrymen. After a day fighting with Caamaño in the second place, Pardo attacked in the last stretch, managing to cut a good handful of seconds to his rival, although he was only 3,5 seconds away from overtaking him. 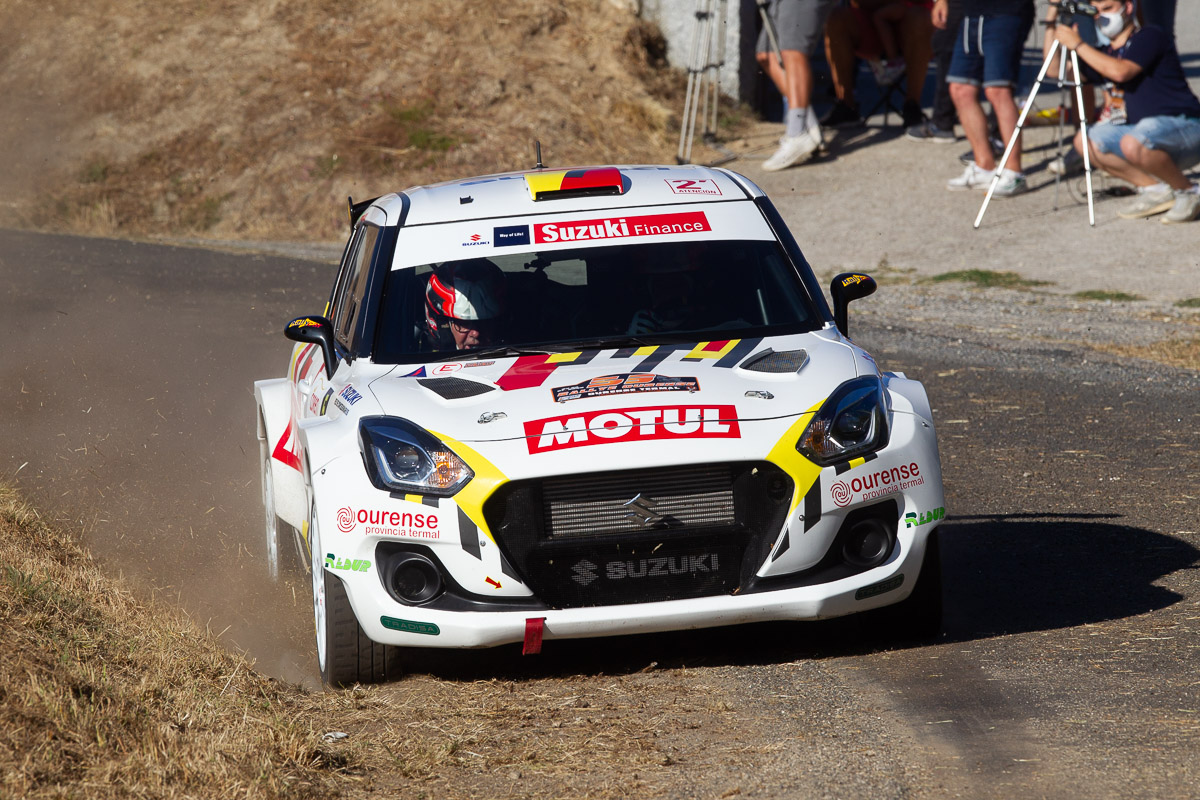 For their part, Joan and Jordi were unlucky on the second pass through A Peroxa, when they lost more than 5 minutes after suffering a puncture. With so much time lost, Vinyes decided to take the rest of the rally as a test day, trying out different settings for the next few rallies, finishing in thirteenth place.

Summary of the participation in the Rallye Vidreiro 2020